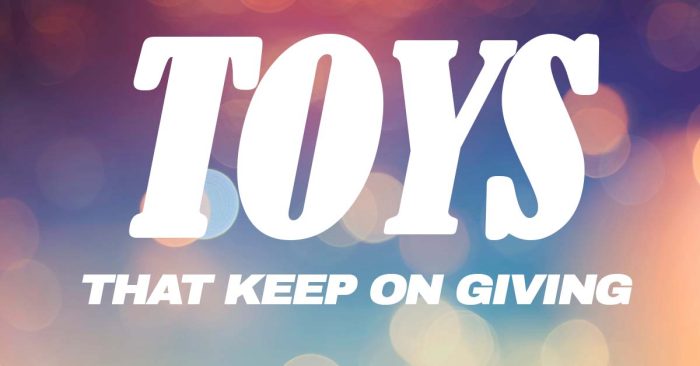 The world is filled with toys of all shapes and sizes. When it comes down to it, however, they generally fall into two categories. There are the “hot”, fad-like toys that come and go every year. These include toys like Tickle-Me-Elmo, Cabbage Patch Kids, and Shopkins. Then there are those generational type toys that seem to be popular year after year. Technology and tastes may change through the years, but somehow these toys keep marching on. Here’s a look at a few.

When Barbie was introduced in 1959, it was impossible to know the impact she would have on children and pop culture for decades to come. Barbie’s “real” name is Barbara Millicent Roberts and boyfriend Ken didn’t come along until 1961. Barbie has been everything from a model to a business mogul. It is estimated that over one billion Barbie’s have been produced through the years.

Lego’s first debuted on August 10, 1932 in Denmark and slowly took the world by storm. The relatively simple, hard-plastic, multi-colored interlocking blocks are almost indestructible, adding to their appeal. They are not inexpensive, however, especially when purchased in custom sets. Legos appeal to kids and adults alike and are a real find at garage sales. They are also a painful discovery when stepped on with bare-feet in the middle of the night.

Today, these miniature cars are both made by Mattel, with the Hot Wheels versions just a little bit heavier with more metal than their Matchbox counterparts. Both versions, however, can last for years and years. Matchbox cars were introduced by Lesney Productions in 1953 and Mattel debuted Hot Wheels in 1968. The die-cast cars are now almost as popular with adults and collectors as they are with children.

Toys like Teddy Ruxpin, Furby, Teenage Mutant Ninja Turtles, Strawberry Shortcake and others will always have their place in our hearts. But die-cast cars, Legos and Barbies have reached their own generational status as toys that keep on giving.

Protecting your assets is no game. It is serious business. When you are in search of auto, home, life, or business insurance, we invite you to contact us. Our independent insurance agents can do the shopping for you. Getting started is as simple as connecting with us today.

Saints, Forts and Presidents, Why Our Cities are Named What They Are.

The Hot Dog: Everything You Could Want to Know. …and More.

There’s Power in Asking for Help

What Grandparents Should Understand About Their Children and Grandchildren

Why Our Roads Are Where They Are

How to Handle Neighbor Problems When There’s No HOA