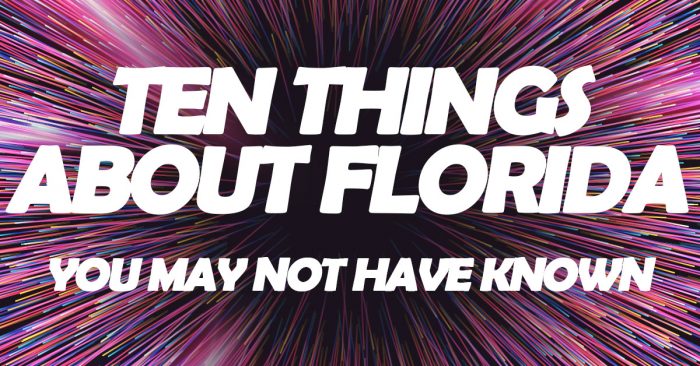 Florida is known for its sunshine, hot weather, beaches and amusement parks, But there are a number of other features about the state that tend to make it so unique. Here are ten of them.

Yes, Florida is known for sunshine, oranges and amusement parks, but just below the surface there are some interesting and little known facts. The sunshine state is worth exploring beyond its roller coasters and castles.

Paying Employees for What You Want Them to Do

Can We Sell You Some Whole Life (Permanent) Insurance?

Where Cars Are Made

“More” Which State Has the Most……

Enhance Your Life with At-Home Buffets

What Would You Do? Awkward Driving Situations

A Kennel of Famous Dogs in Art and Entertainment